"I know now that some women can't breastfeed. To this day, I still wonder why breastfeeding is considered a perfect function and why it seems exempt from the complications that any biological function may suffer. Life is not that simple.

There is a reason for wet nurses and formula beyond a stereotypical excuse like convenience. I believe that some women cannot produce breast milk. Whether hormonal or genetic, it is a reality that, for whatever reason, has been downplayed and ignored by the majority of the medical community. It is sad.

To make a woman feel like less than a woman or mother because her breasts won't fill with milk is ignorant and abusive. I wish someone would dedicate more time, money, and research into this subject."

The Wishing to Breastfeed Does Not Go Away

"I was able to deliver my second daughter at 39 weeks naturally. She weighed 7lbs and 7ozs. I had breastfed my first daughter exclusively for six months and then on and off until she was two.

I was excited about establishing this bond with my second daughter. My breast milk came in late with my first daughter (around 5-6 days after birth). When I was in the hospital with my second daughter, my milk did not come in. Hoping it would help, I began to pump. At the suggestion of a lactation consultant, I pumped 8-10 times a day for 20 minutes on both sides. I tried to think of relaxing things while I pumped. I still got nothing. No milk, no colostrum...nothing. I was so frustrated.

The lactation consultant suggested we use a Haberman feeder with my second daughter. Meanwhile, she has lost close to 1 lb and seemed very sleepy. Because of this development, we upped the formula we gave her. I continued to pump and tried to breastfeed, but still no milk.

I was not satisfied with the reaction from my OB, so I decided to get a second opinion. I started taking Reglan and continued to pump, and tried to breastfeed. After two weeks, nothing. I was so depressed.

My OB ordered bloodwork, and they tested my thyroid, cortisone, and prolactin levels and ordered an MRI. All results are normal, except the prolactin levels are so low that it doesn't seem to register that I delivered a baby less than two months ago. By this point, I am so sad. It looks like I will not be able to have that special breastfeeding bond with my second daughter.

Meanwhile, she's been allergic to the organic formula she's been on and is starting to excrete blood in her diaper. We switch her to a hypoallergenic formula, and this extinguishes the problem. I want to give her the best food possible, but I can't.

Will I have a special bond with my second as I did with my first? Five months later, I am still struggling with this question. I wanted to share my story with other women in hopes that it may help someone out there. My body refused to produce breast milk. I still don't know why, but it did. I am again picking up the pieces as I move forward in life. I find myself judging myself way harsher than I probably should.

The wishing to breastfeed does not go away, and I am jealous of new moms who can do this. I hope my self-worth issues and depression about this will improve in time because I would hate to miss out on life with my second daughter."

Why Can't I Produce Breast Milk?

"I still have tears in my eyes reading this because I am where you were.
This is my second child, and I can't produce enough milk to satisfy her. It sounds silly saying it aloud. My head knows she'll be content with the formula, but my heart is breaking.

She'll nurse, and at least this time, I have a letdown. I never had a letdown with my son. But she'll always look for more and cry afterward.

I did have a breast augmentation under the muscle, and I'm always blaming the surgery, but most sites will tell you the mammary tissue is still there.

In the hospital, my baby gained weight from nursing, and I was so glad to have a chance, but it was false hope. Why can't I produce breast milk? I wish there was an answer for us. I wish I didn't care, but I do.

So I'm stuck spending money on powdered formula. I know how it feels. Since it's my second attempt, it will hurt less over time, but I am never putting myself through this again."

Devastated at the Thought of Not Breastfeeding

"Thanks, everyone. I also have been unable to produce enough milk and feel horrible about it. I have tried breastfeeding my son and, most recently, my daughter. The kids were tongue-tied, and the latch was painful until it was corrected.

I gave birth to my daughter by c-section in the middle of a power outage and a state of emergency. It was hours before I could breastfeed, and then her tongue was tied, and the hospital wouldn't correct it, so I waited until discharge and got an appointment with the pediatrician who clipped her tongue.

Manual pumping to build supply has not been very fruitful. At two weeks, she has lost weight, and I am devastated at the thought of not breastfeeding, but I breastfeed for 2 hrs, and still, she will take two to three ounces of supplement.

The Dr has been the nicest about it. My family, not so much so. I haven't told them how much it upsets me. But you won't have my daughter losing weight.

As upset as I am over it, I will not keep struggling to pump a dwindling supply of milk worrying about it forever - this sure has helped tremendously. I have healthy, happy children, and this is just one of the disappointments in life."

I Finally Switched to All Formula

"I was thrilled to find this site. I had these same issues. Nursing my daughter was very important to me.

When I was pregnant, my breasts never got any bigger. After having my daughter, I was never engorged. I pumped every 1-2 hours; I saw a lactation consultant, took herbs, and even reached out to my doctor and received a prescription. Nothing worked. I would only pump about 4 oz per day.

After three weeks of trying and getting less and less milk each day I pumped, I finally switched to all formula.

I was heartbroken. I still feel like my daughter, and I are missing out on so much together.

There is a lot of support for nursing mothers and those who choose formula, but none for mothers who cannot produce breast milk. Reading about other moms who have had the same problems I've had, helps."

I Am Proud of My Efforts

I, too, felt like I had missed out on a part of motherhood when I couldn't breastfeed. I went through pregnancy just assuming I would breastfeed and wondering why anyone would choose formula. For three months, I pumped at every spare minute and took supplements and a prescription pill. I also used an SNS to feed my baby formula through a tube in the corner of his mouth while I breastfed to try and encourage my supply. Nothing worked.

At the time, I was devastated by my situation, and while I would rather have enjoyed that relationship, I have to say that now I am proud of my efforts. We are currently trying for baby number two, and this time if I have a low supply again, I plan on SNS feeding until the baby is one year old, until the baby is getting enough nutrition from food so that I can dump the SNS and enjoy a year of just breastfeeding with my limited supply.

I just wanted to share because I know how nice it felt to read other low-milk supply stories and not feel alone. I had never heard of not being able to make enough milk to feed your baby until it happened to me.

You are all fantastic mothers."

I Didn't Choose to Bottle Feed.

"My breasts did not change during pregnancy (they have been the same since I was 14/15). No nipple change - didn't grow a single bit and didn't leak. They didn't even ache. At all!

When my son was born, I produced the smallest drop of colostrum, and they swelled up for a few hours. Still no milk. At all. I tried and tried with my son to see if I could get my supply going, but no luck. I had to use formula, or my son would have starved.

What didn't help me was having a mother-in-law have a baby six months before me (her 5th baby), and she was exclusively breastfeeding that baby. Comments were aimed at me about how she doesn't have to bother with the hassle of bottles or even getting out of bed at night, the child's health benefits, how it's the perfect way to bond, etc. Just what I needed. I didn't choose to bottle feed. I had no choice. I was bottle-fed - my mother's choice. What's the big deal? Why judge how a woman feeds her baby?

There is no information or support for women who have this problem.
I was a young 21 years old, nieve, clueless new mom. My world suddenly changed (as it does with kids!). My breasts not doing the one thing they were meant to do affected me when I was most vulnerable.

Next baby, nobody will make me feel guilty for not being physically able to produce milk. I have educated many ignorant men and women since having my son. One man told me, "all women should be made to breastfeed for the first few months." That moron and everyone else in the surrounding area soon heard my voice on this subject. How dare he!
We still rock, and it doesn't make us any less of a mother or a woman." 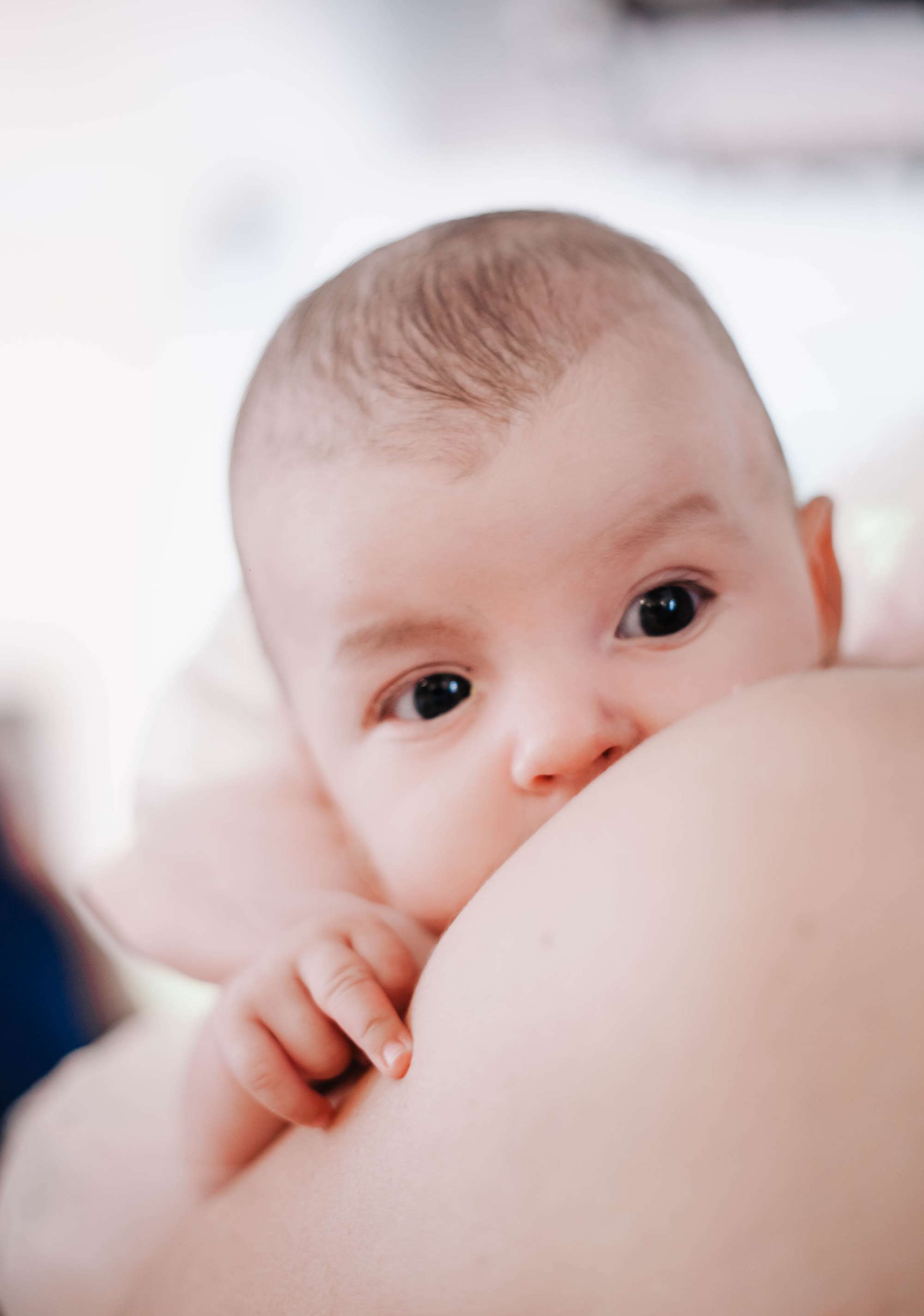 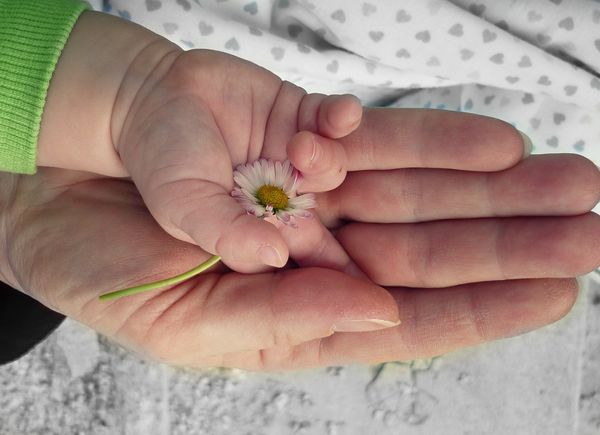