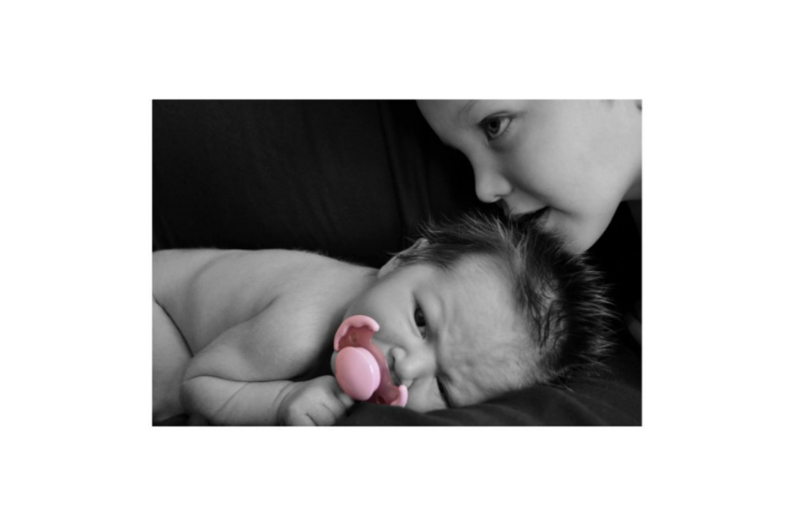 I went into labor two days early, and when the midwife arrived, I was already 9cm dilated. I was in labor for a total of six hours. I was very calm, and it was the most peaceful, enjoyable, and empowering experience of my life.

I have two children, a boy (Tyler) born in 2007, and a girl (Lisa) born in 2011.
When I had Tyler, I was informed that he was too big to give normal birth, which I realize now, was a lie. He was only 3,5kg at 38 weeks. I went with it, not knowing any better. I was naive and never once thought about questioning the doctor. I had also never heard of the term "making an informed decision."
I had a planned C section, and everything went as planned until I tried to breastfeed. I had no help whatsoever and knew nothing about breastfeeding.

I never gave it a second thought and always assumed that it would be smooth sailing. Well, I struggled to get Tyler to latch on. I thought that I was not producing enough milk. I then started pumping instead of breastfeeding to see how much I was making. Well, it all went downhill from there! My milk supply dwindled, and after about two months of trying and crying, I gave up. I went through depression - I felt that I had failed my baby.

I believed that I had a low milk supply. Nobody explained the workings of breastfeeding at the hospital. I didn't realize that I needed to have my baby at the breast to stimulate breast milk production.

I wanted to know why I wasn't able to produce enough milk but found no support online. This was the original reason I started this site in 2009. After all the research I did, I realized that there was nothing wrong with me that could not be remedied. I was determined to make breastfeeding work the second time around. Although, I still doubted that I could successfully breastfeed.

I decided then that I would find out as much as I could about breastfeeding. I started this website to help myself and other mothers with breastfeeding problems. So I did a lot of research and figured out where I had made my mistakes. I loved learning about breastfeeding and loved being able to help other moms, too.
I concluded that a natural birth would improve my chances of breastfeeding my second baby. So, I decided to have a V-back (vaginal birth after c-section). I wanted a home, water birth, and I got what I wanted, without a doctor. None of the doctors would support my decision to have a V-back. After many months of searching, I found a wonderful midwife.

I went into labor two days early, and when the midwife arrived, I was already 9cm dilated. I was in labor for a total of six hours. I was very calm, and it was the most peaceful, enjoyable, and empowering experience of my life. The birth was completely natural, with no medication whatsoever.

I had no problems breastfeeding her - I knew what to do (because of the site and all the research). I am still breastfeeding my little girl at 15 months, and I love it. (Update - It's now been over nine years - Lisa breastfed until she was two).

I am currently studying to become a breastfeeding counselor and birth Doula. I want to help mothers make an informed choice and provide them with the information I never had.

I hope this encourages somebody.